The Musketeers race against time to foil an assassination plot apparently targeting Louis’ cousin Princess Louise, while Rochefort continues to consolidate his position as the king’s most trusted advisor. 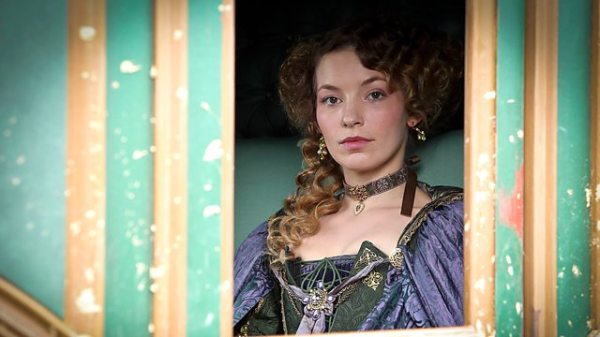 Princeess Louise’s life is under threat – or is it? (Image: BBC)

Whodunnit? And who ordered it?

Throughout this second season so far, I’ve felt that The Musketeers has struggled when it strives to be a serious drama rather than a historical action romp – last week’s clunky and poorly plotted Through A Glass Darkly being a case in point – but An Inconvenient Marriage wraps its assassination storyline neatly around a twisting whodunnit mystery while also keeping the plates spinning on all the major ongoing season arcs.

From the opening action sequence as the Musketeers are ambushed while escorting Princess Louise from Italy to Paris, there’s lots happening as the episode clips along at a breathless pace. Louise appears to have a narrow escape when Archbishop Jacqueme is killed by a crossbow bolt while blessing her in preparation for her alliance-sealing marriage of convenience to the crown prince of Sweden. Only when Treville is shot by Louise’s footman Francesco as he is sent to collect Queen Anne‘s present for the wedding – a commissioned portrait of the real princess – does it become apparent that she is in fact a Spanish assassin posing as Louise, acting on orders from Rochefort to eliminate rival members of the king’s council.

Athos and Porthos arrive just in time to stop Louise from assassinating Chancellor Dupré. Francesco dies by his own sword after being bested by Porthos and Louise is stabbed in her cell by Milady, but not before she learns that Rochefort is working for the Spanish.

As well as orchestrating the assassination plot, it’s a busy week for Rochefort. He orders Marguerite to obtain Aramis‘s crucifix, which he recognises as one that he gave to Anne years ago. He himself kills one of the other council members, the Duke de Barville. And he finishes the episode by being named as the new First Minister by Louis, cementing his position as the king’s right-hand man.

The Musketeers manage to stop Louise, but not before she kills Constance’s husband Bonacieux, who is in the wrong place at the wrong time after he orders Constance to return home and slaps her when she reveals her love for D’Artagnan. With her husband dead, that appears to remove the final obstacle to what is (by some distance) the show’s least interesting romance.

Milady is cast out of the palace penniless, with Rochefort threatening to have her killed if she sets foot inside it again, but nonetheless refuses Athos’s charity. She is once again a free agent, but one armed with the knowledge of Rochefort’s treason, which makes her a potential ally of the Musketeers down the line.

Finally, Treville’s brush with death makes him resolve to tell Porthos the secret about his father. At last.

This was arguably the strongest episode of the series so far, with a compelling main story and the ongoing plots neatly interwoven around it to give us an hour full of intrigue and action. It’s a major pivot point from which the endgame should now begin to unfold once next week’s Porthos-centric episode is done with.

There’s the usual piece of social commentary about the role of noblewomen in politically convenient marriages and another appearance for Doctor Lemay who, in an amusing but clunky exchange, reveals that he has unwittingly discovered the benefits of sterilising his surgical tools in hot water fully two centuries before Joseph Lister – although he credits it to a blessing from God.

Finally, the spectre of war with Spain (which correlates with the Franco-Spanish War of 1635-59) ramps up a notch. And while the achievement of Rochefort’s ambitions looms ever closer, so too does his inevitable exposure as a Spanish agent. But who will he take down with him?

2.6 Through A Glass Darkly

2 Comments on The Musketeers S2 Ep7: A Marriage of Inconvenience

Copyright © 2021 Create a free website or blog at WordPress.com.